The Chopbacks league campaign drew to a close on Saturday, a win was going to be enough to secure promotion to the ESFL Division 2, but home team and league winners Bexhill Rovers, who only dropped points in one match the entire season, stood in their way.

Both teams were suffering from the effects of a long hard season with many players injured or carrying injuries.

Everyone was expecting the match to be a good one with plenty of talking points, but referee Christian Michael took the limelight issuing nearly a £100 worth of fines in what was probably the best tempered, cleanest game of the season leaving both teams and their respective management furious, astounded and confused.

Both teams were equal in the first half, South Coast opting to play a defensive formation. A few half chances fell to both teams, the most significant was a rocketing strike by Rovers which drew out a fine save from Athletico’s golden gloves keeper Ben Tate.

Rovers broke the deadlock with some fast reaction and gambling by their number nine who left his marker and sailed through South Coast’s box to tap home a fantastically weighted cross. 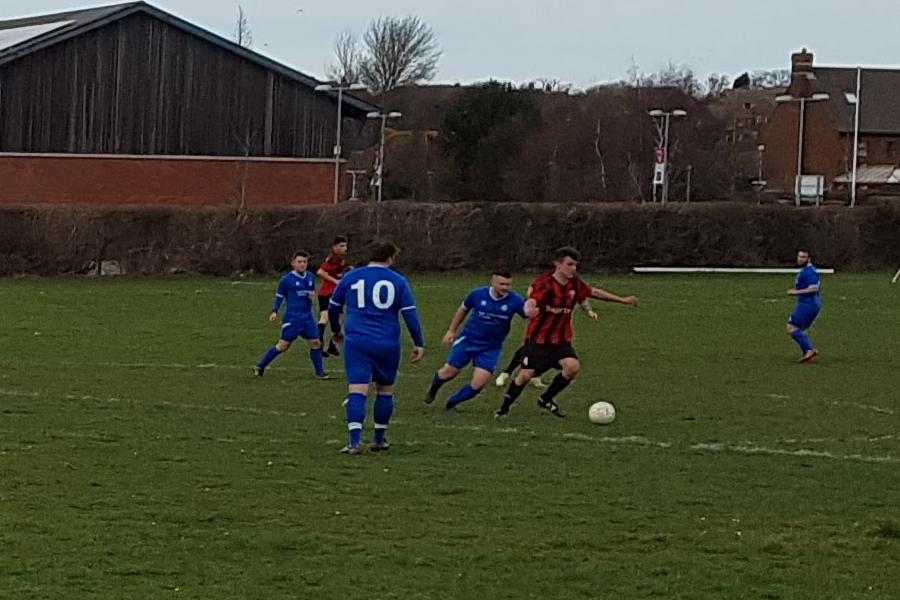 Nearing the end of the first half, Chopbacks forward Connor Easton had two bites of the cherry in one sitting, an attempted chipping of the home team’s keeper straying wide, the follow up shot hitting the post.

In the second half South Coast made changes bringing on up and coming Chopbacks star Ryan Fuller to add some attacking aggression. 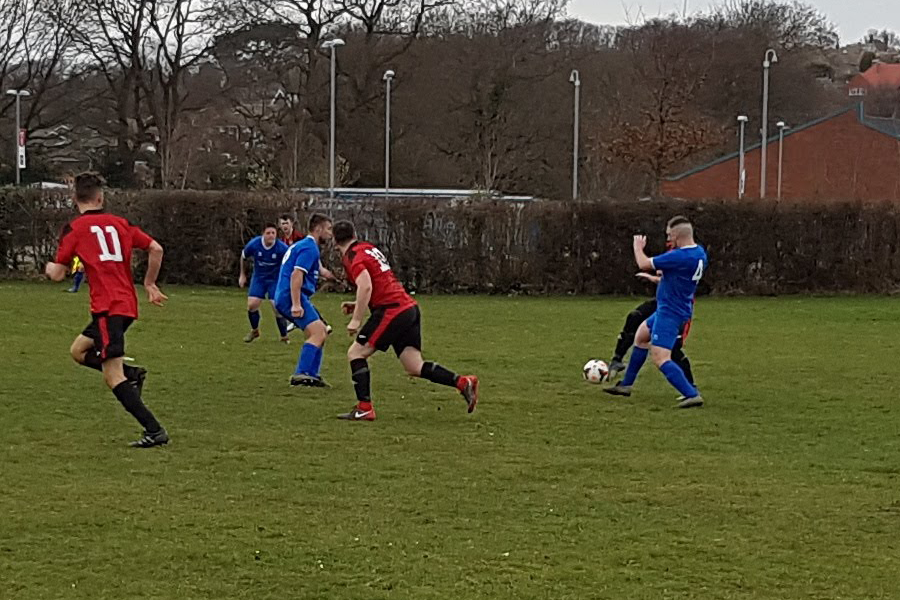 The change brought work rate and firepower causing Coast to step up a gear. The home team began to feel the pressure, but there was little they could do, their only threat really came from a few free kicks, but none troubled Tate. 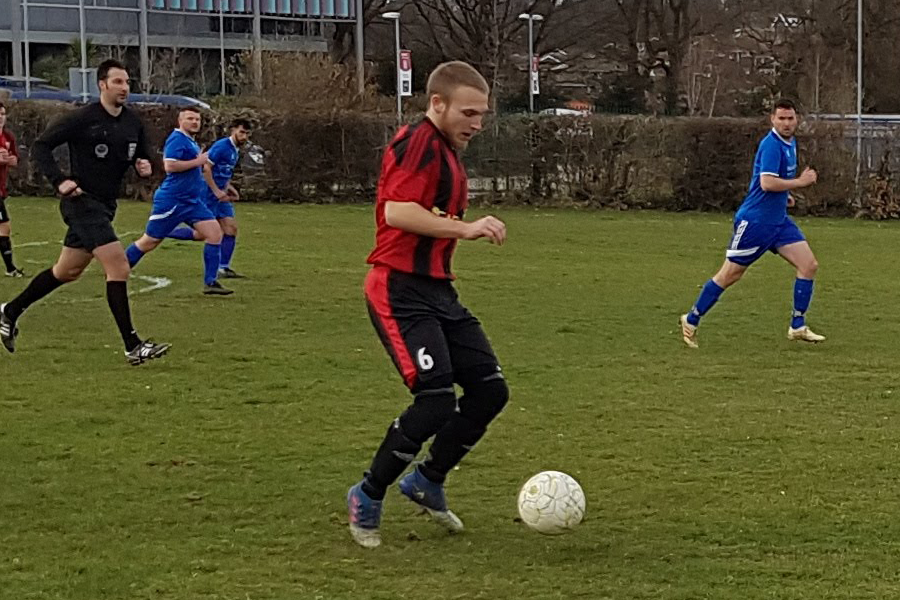 At the other end the Rover’s keeper was their star man making a few excellent saves and drawing applause from both sets of fans sitting on the side lines.

On the 70 minute mark Easton dug deep and worked hard to create a deflected shot, then battled to pick up the loose ball and whipped a perfect shoulder height fast cross looping into Rover’s box. 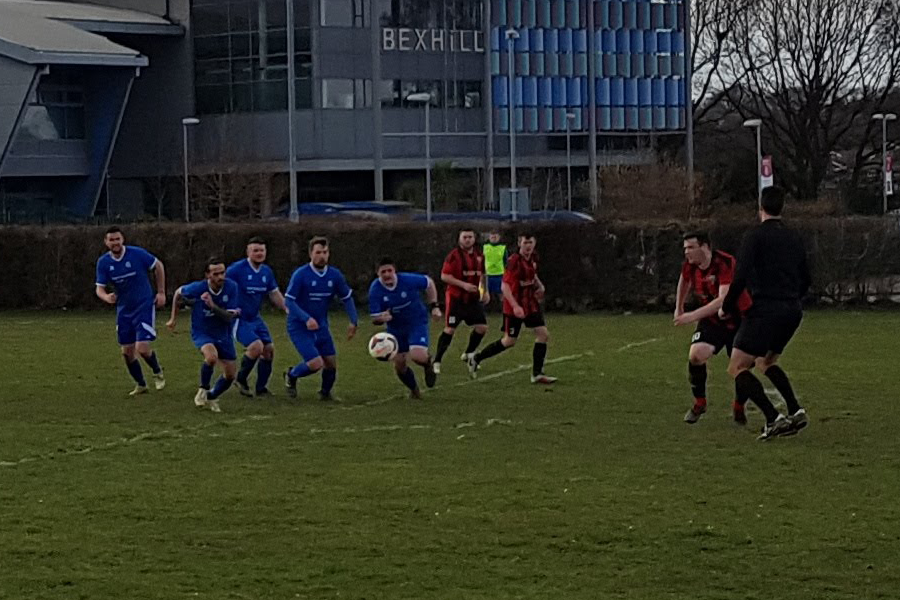 Centre back Dayle McGurk lost his battle with gravity diving to get his head on it, but at the back post was South Coast’s left back Charley Adams who stumbled the equaliser home. 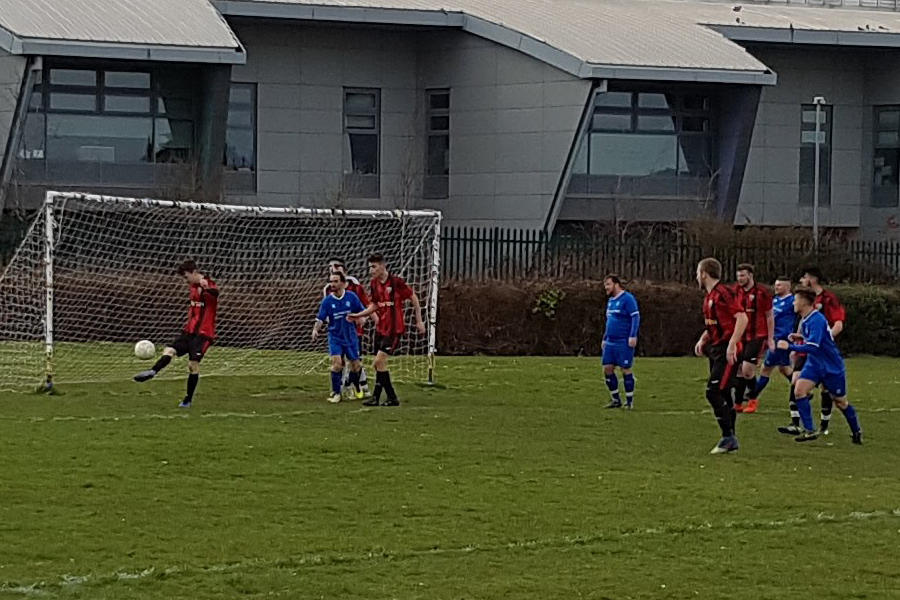 Six Minutes from time produced a dramatic moment in the match when Ryan Fuller picked up a through ball, powered into Rover’s box and as he attempted to shoot was fouled, the referee pointed to the spot.

Up stepped South Coast’ resident Geordie, Lee Finnigan, who absolutely slammed the ball home hard to the right of the flailing keeper to give the Chopbacks the lead. 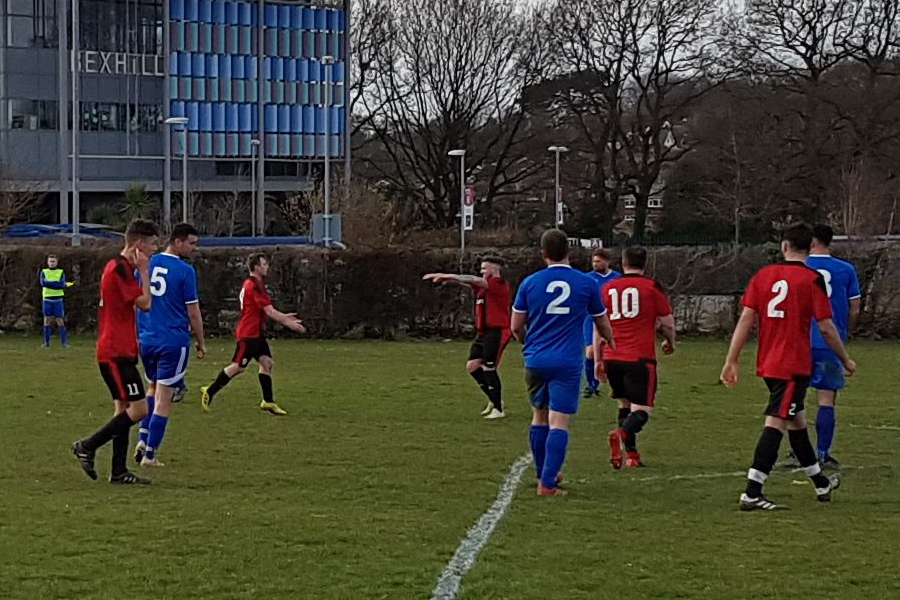 The game was more or less South Coast on the attack after that, the only thing Rovers got hold of was yellow cards which took the shine off of what was a very good game.

The home team threatened to walk off the pitch towards the end if another yellow was raised after collecting several for what neither team considered unfair challenges and the match ended with South Coast Athletico securing promotion. 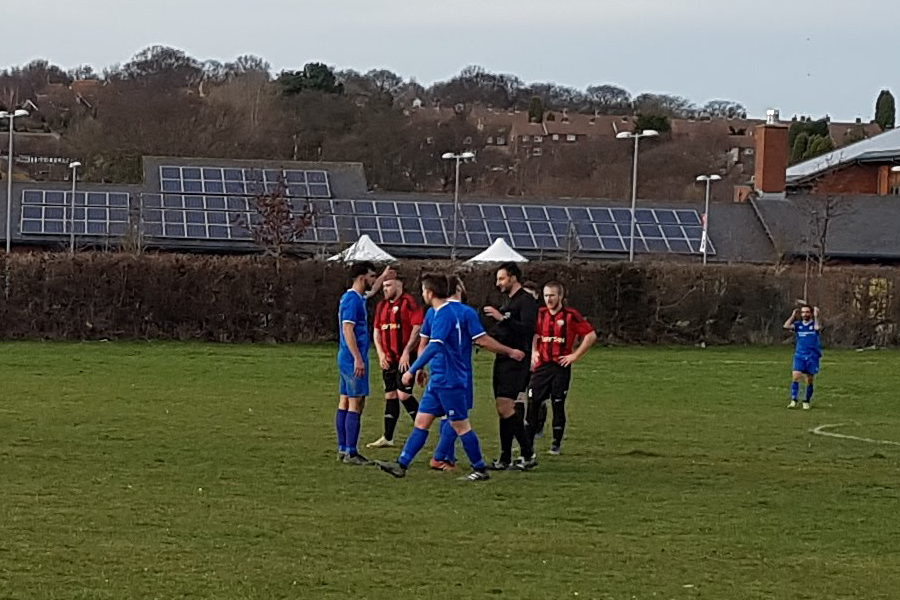 After the match the referee said he had been instructed by the FA not to allow any fouls go unpunished, perhaps some warnings might have been appropriate. 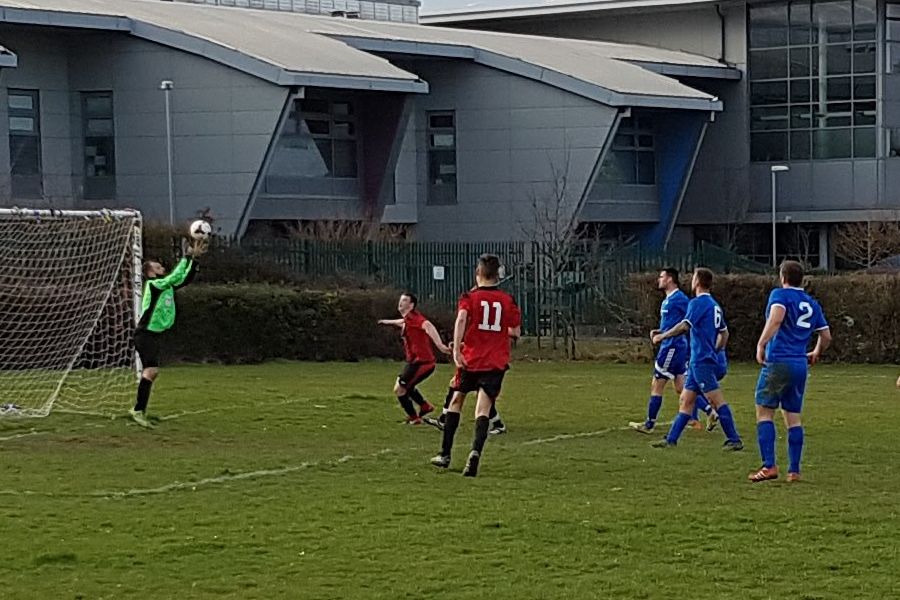 Man of the match was, steely, speedy Ryan Fuller who created nothing but problems for the home team.

Athletico’s final game of the season comes on March 26th in their cup final against  Victoria Baptists.