Standing in their way was higher Division Two opposition;  J.C. Tackleway 2nds who hosted the tie. 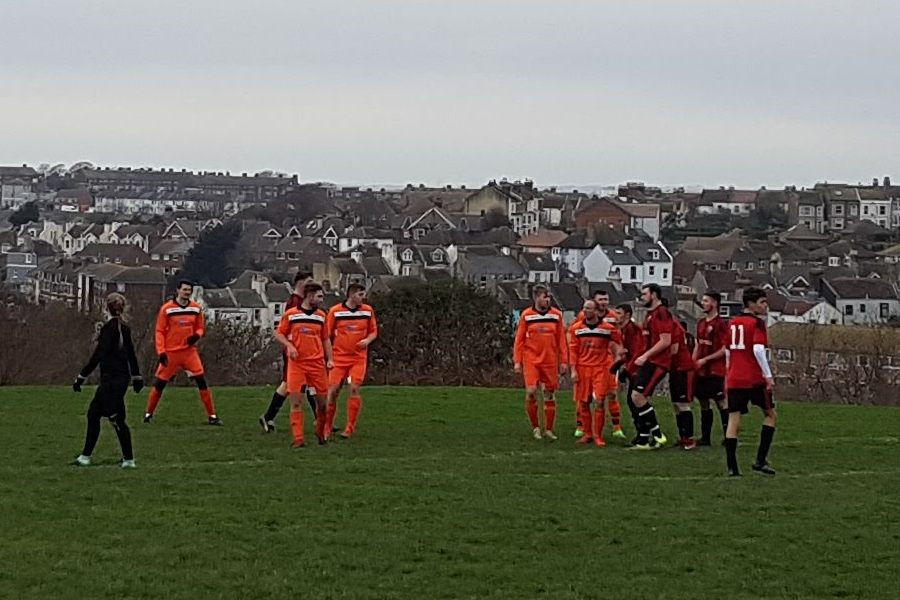 The game was a stalemate for the first 20 minutes with a few half chances for the Chopbacks, the home team’s midfield working well to subdue Coast.

On the 20th minute the ball was picked up by left-back Charley Adams who found Connor Easton just on the edge of Tackleway’s box. Tightly marked with back to goal, he fainted to his left switching neatly back to his right, then wrong footed his marker and spun around.

He caught a glimpse of goal and instinctively struck a peach of a high curling ball which looped over Tackleway’s keeper into the top right corner of his goal.

An excellent goal to set the mood for the Chopbacks. 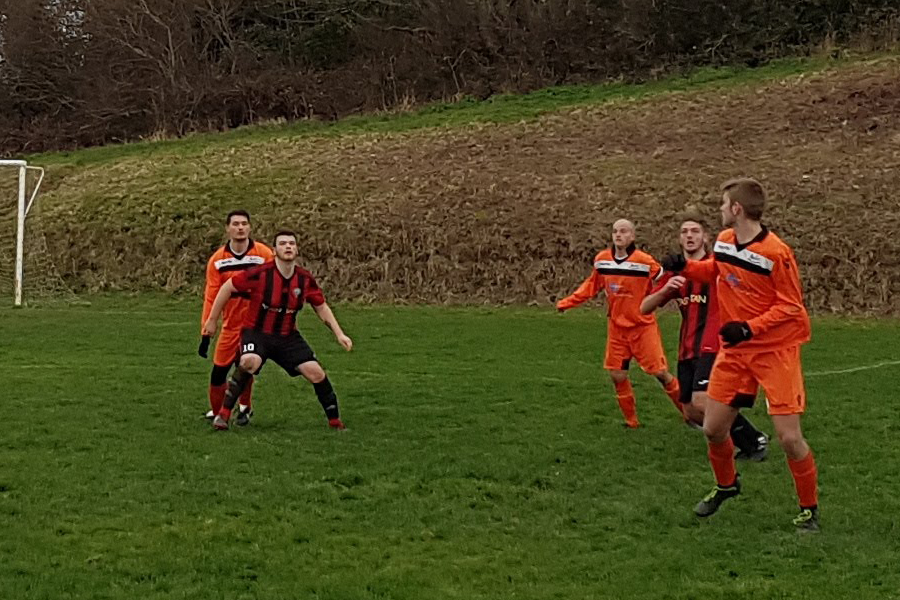 The hosts tried hard to get something back creating a half chance but South Coast’s  defence mopped it up.

Thirteen minutes from half-time a South Coast Athletico throw-in led to an in box delivery, Tackleway half cleared to the outside of the box. Brad Owens played the ball back in finding centre back Dayle McGurk who headed in goal number two. 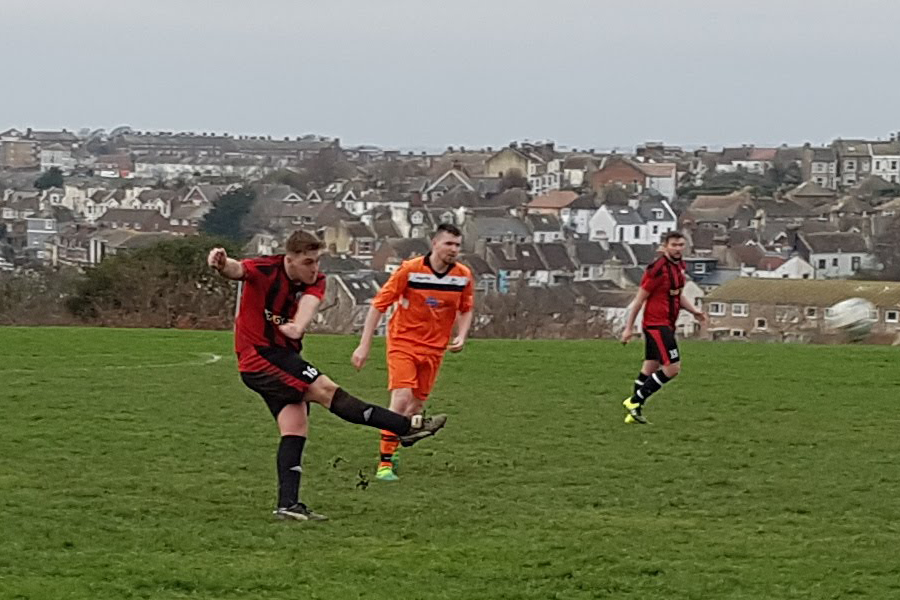 The Chopbacks half-time team talk was a calm one but over all the message delivered was to make absolutely sure of the result. 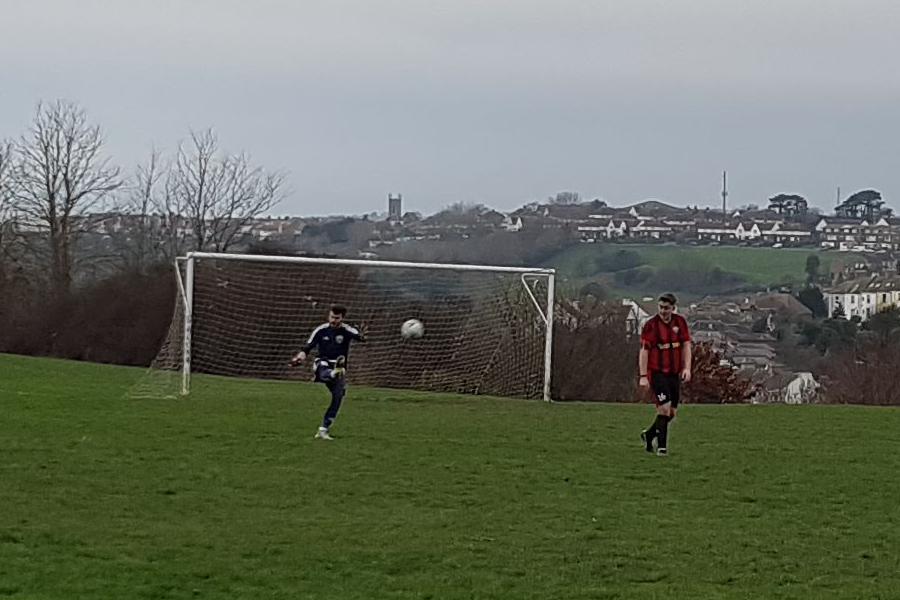 From the restart South Coast went up a gear and began to outplay the hosts in every department.

It took three minutes for a shot to be dropped by the host’s keeper. South Coast forward Jack Bloomfield poked it across to an oncoming Ryan Penny who tapped goal number three home. 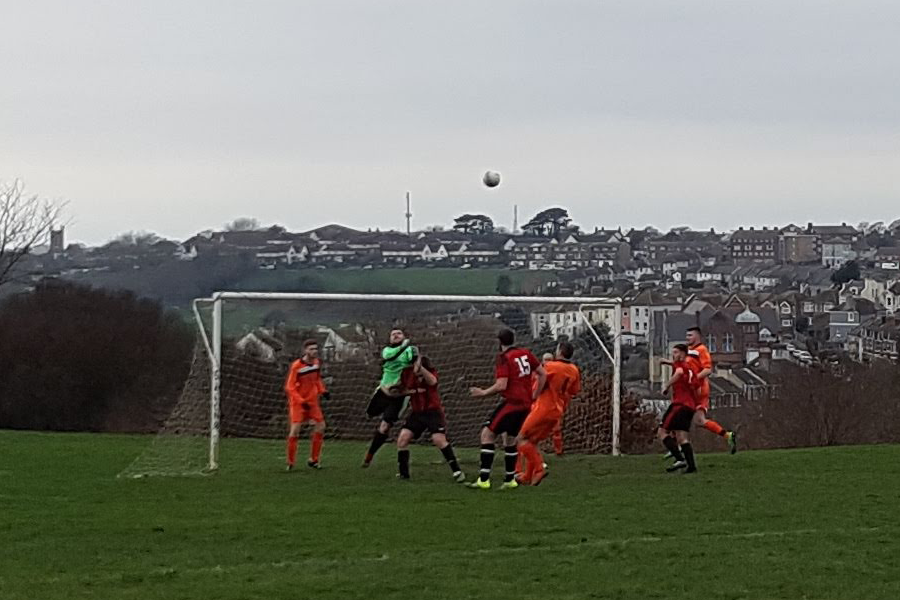 Just 60 seconds later South Coast’s midfield dug the ball out, passing it to Luke Darvill for him to play in Easton who in turn played a through ball to Bloomfield to net decisively past the keeper for goal number four.

Tackleway were stunned as just a minute later Easton found himself able to set up Darvill across goal who, from an acute angle, scorched home a thundering shot past the Tackleway keeper taking the score to 5-0. 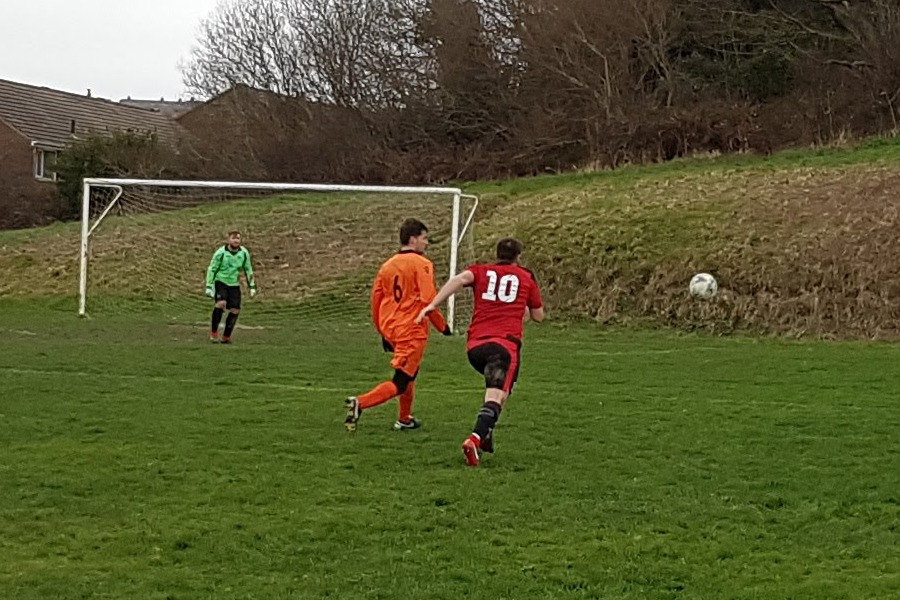 The hosts were not going to let the Chopbacks have it all their own way and dug in to get some control of the game, keeping South Coast quiet for quarter of an hour and having some success testing the Chopback’s defence a few times.

From one of these attacks, a speculative cross was delivered and despite no recipient beckoning Dayle McGurk mis-cleared beating a bewildered Ben Tate and giving Tackleway a consolation goal. 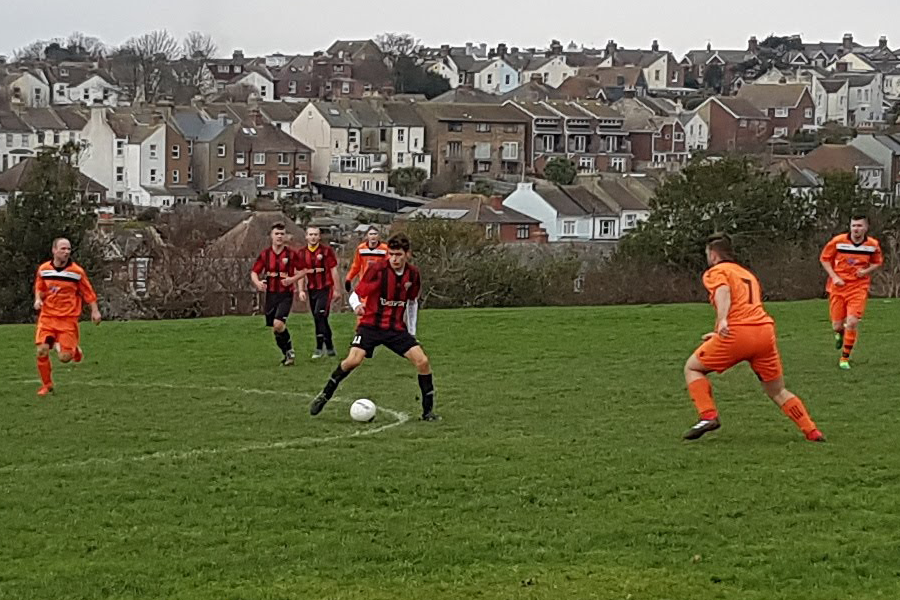 The last 15 minutes were all South Coast as their fast paced football flowed and chance after chance was forged.

In the 83rd minute a South Coast corner delivered by Brad Owens was converted by the head of Easton who out jumped his taller marker. 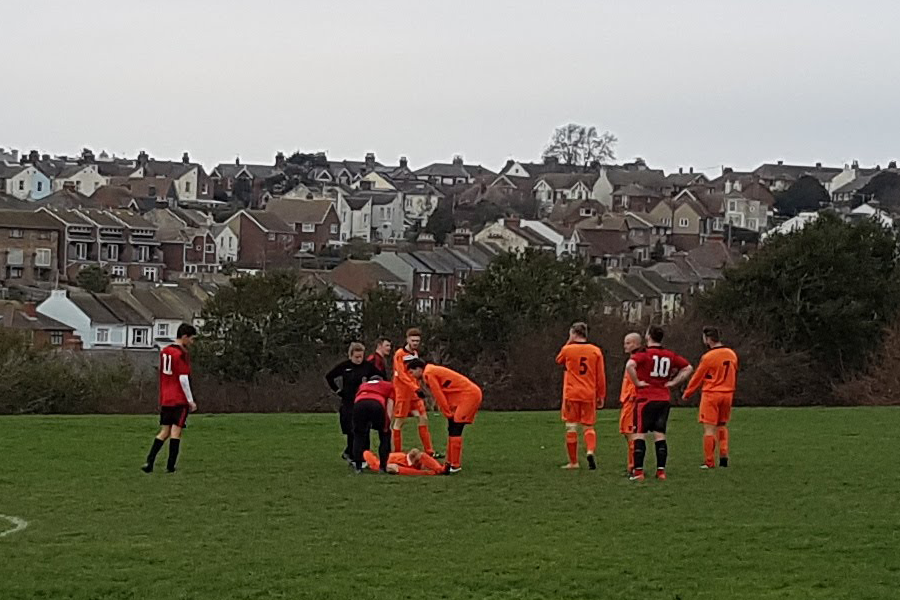 One minute from the final whistle Mike Hawley crossed the ball into the host’s box where Ryan Fuller reacted more quickly than Tackleway’s defence and slotted home a difficult finish to take the score to 7-1.

And so the good-natured tie ended with South Coast advancing to the semi-finals and the hosts were magnanimous in defeat. 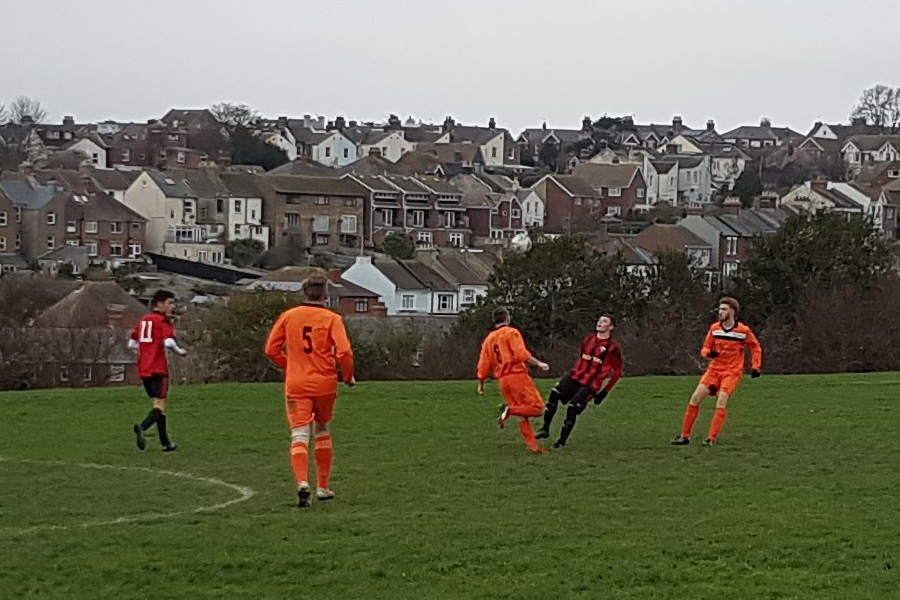 Special mention should be made of referee Katie Wilde who did a superb job keeping the game flowing and played excellent advantage for both teams where required.

Man of the match for scoring a brace and playing a solid all round performance went to Connor Easton. 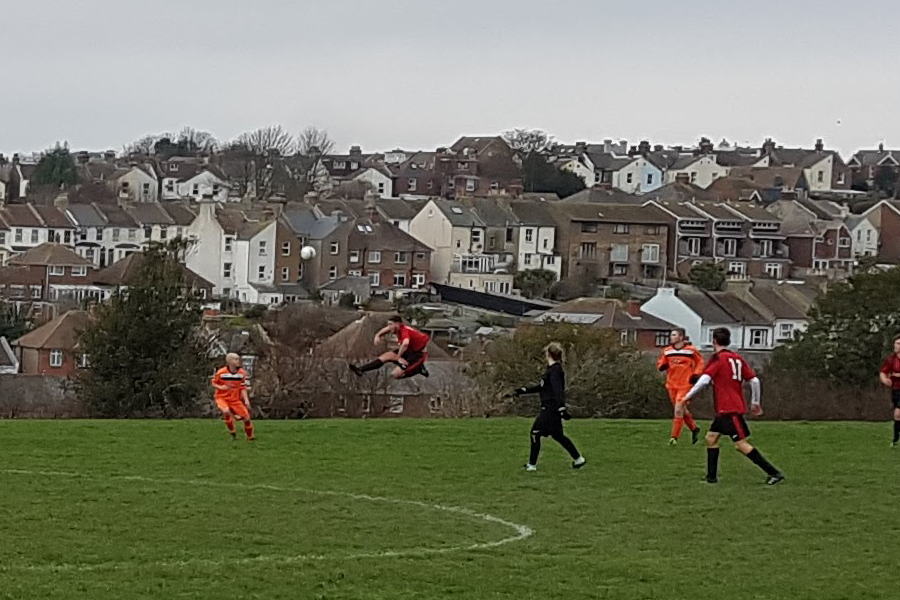 Next weekend The boys are back in league action against Magham Down.