It was the Chopbacks first appearance in the Hastings Junior Cup on Saturday, playing host to an experienced Hollington Utd 2nd team.

There was a huge contrast between the two teams in terms of age and experience but Neil Sutcliffe’s talented young squad competed on equal terms through the opening period of the match but Hollington capitalised on two early corners scoring from each. 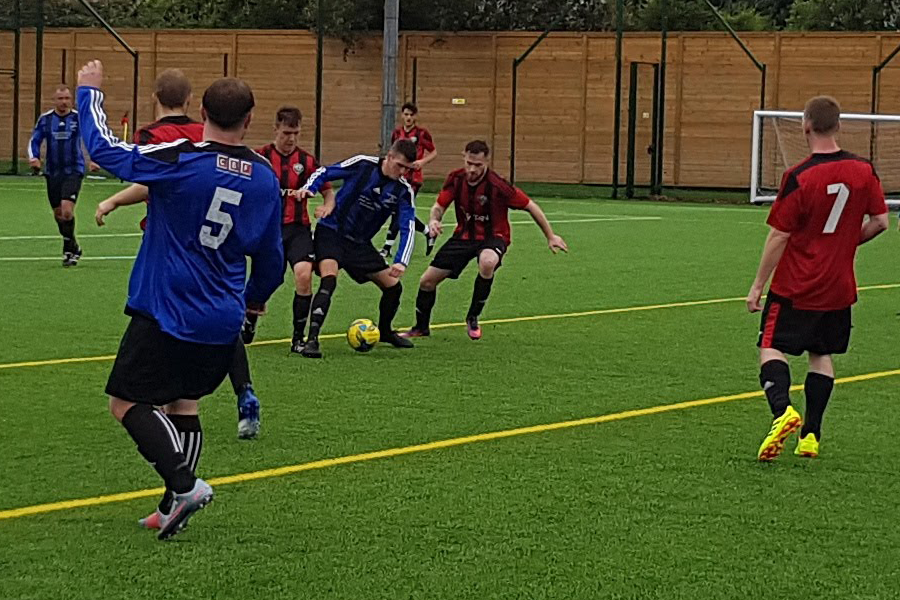 Coast didn’t let that phase them though and had the bulk of possession in the first half, a breakthrough coming later in the first half from Connor Easton who picked up the ball in the centre of Utd’s final third, he faced a wall of Utd players but showed his determination and class to strike a zipping curling shot around the entire defence, the ball whipping into the opposition goal inside the post leaving the keeper no chance, and as a result reduced the deficit to one goal. 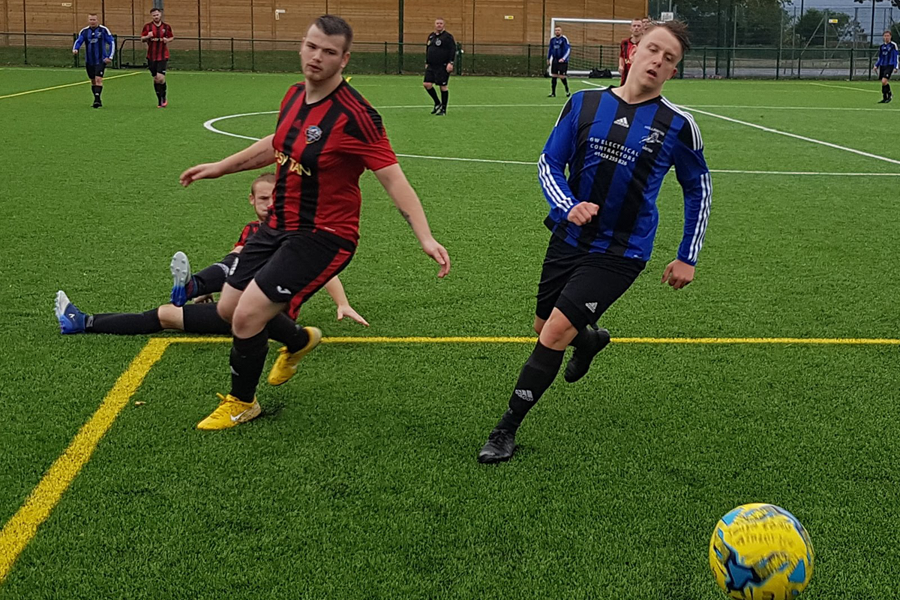 The game continued in a frustrating stalemate until half time when the team talk was about confidence and calmness.

The game continued in the same manner, a few half chances were created by the Chopbacks who were once again looking dangerous. 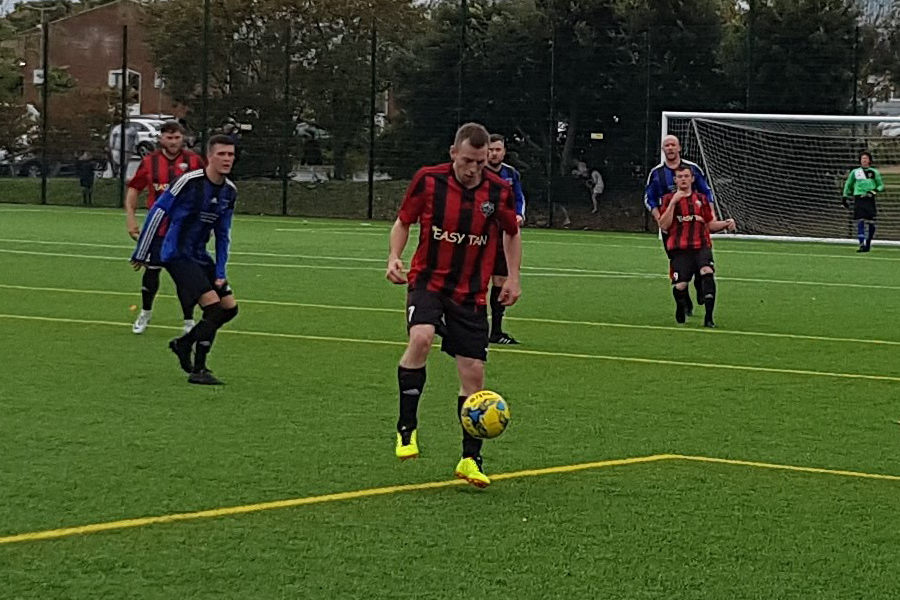 But once again Hollington were able to use their experience and after putting in a dangerous cross Connor Smith ended up putting the ball in to his own net restoring Hollington’s two goal lead.

Hollington seemed to relax a little, perhaps assuming the day was won despite the fact their was plenty of time left.

South Coast battled hard and the chances started coming. Bradley Owens, who has become a superstar in the team recently scoring in nearly every game this season, took advantage of finding himself in a huge space and pulled off another stunning trademark Owens’ strike from 25 yards out, easily beating Utd’s keeper with a lofted crisp dipping strike that found its way into the top right hand corner of the net. 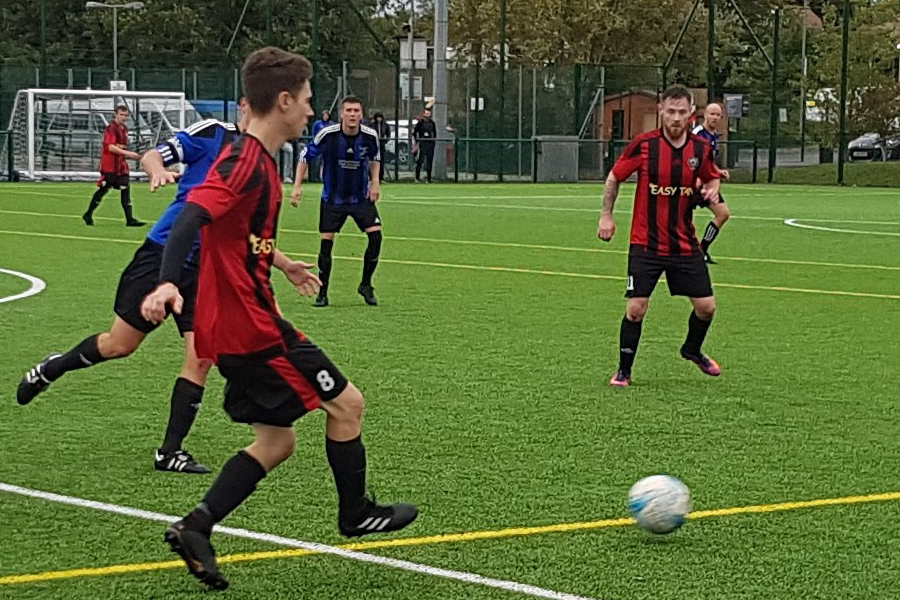 From this point the Chopback’s management team’s confidence in their players grew even stronger, as the momentum on pitch continued to build. There were a few good efforts on target from South Coast but time began to slip away.

In the last two minutes Hollington fouled Luke Darvill 25 yards out and Mike Hawley was sent on to dispatch the free kick.

Placing the ball confidently there was good hearted banter from Utd’s players, then the players and crowd fell silent. 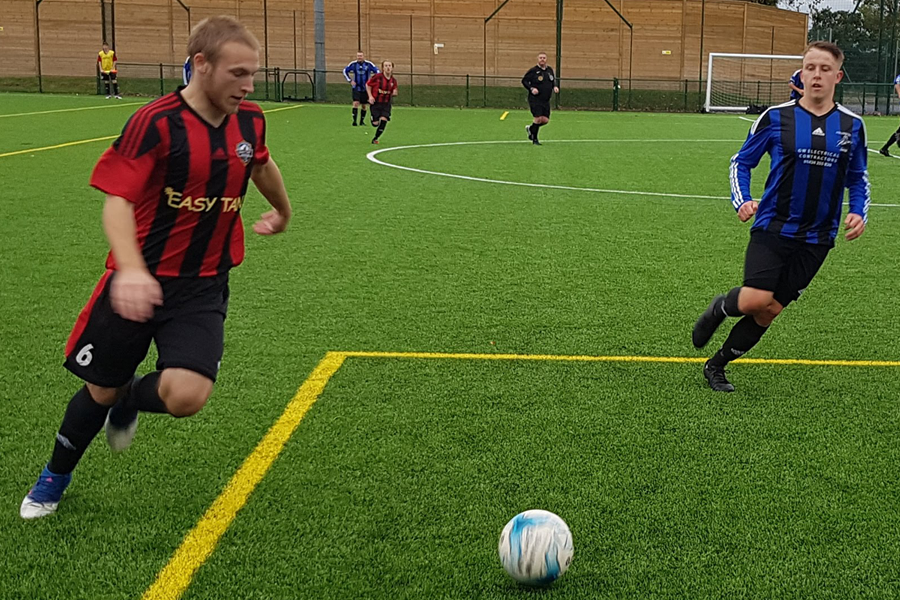 Mike slammed the ball and it rocketed over the wall dipping towards the crossbar just to the goalkeepers left side, the keeper somehow got his finger tips to it,  pushing the ball onto the crossbar and a n opportunity to level the score was lost.

Hollington proceeded to snuff out the Chopback’s attack and the game ended 3-2 to Hollington and the boys of South Coast Athletico were knocked out of the competition. 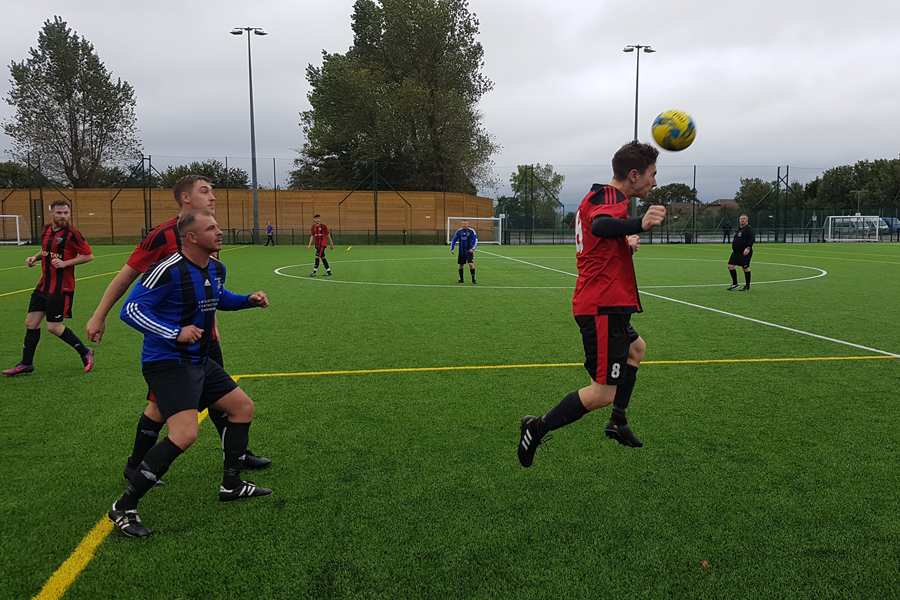 Afterwards, South Coast Athlectico manager Neil Sutcliffe reflected on the game saying: “We had the talent to have been able to beat Hollington, but we lacked a little desire as a group. Hollington took their chances well and played with aggression and passion, if we had wanted it more and showed that extra heart and determination that is required to win against higher level opponents in cup competitions, the day could have been ours. The experience will enrich the team as they continue on their journey.”

No fixture has been announced for Coast next week at present, the next scheduled game of October 20th sees the boys back in league action taking on on Hawkhurst 2nds.