As the dust settles on the 2019 general election, local pollsters Coastal Action have issued a press release saying they, “…once again correctly predicted the outcome” following on from their “previous success” in 2017.

The poll had been carried out in a range of locations between December 1st and 5th, which the pollsters said represented the breadth of the parliamentary seat, which includes not just Hastings, Rye but many more rural areas too.

The actual result declared in the early hours of Friday morning saw Conservative Sally-Ann Hart secure 49.6 per cent of the vote, with Labour’s Peter Chowney on 42.1 per cent. The Liberal Democrat Nick Perry obtained 7.35 per cent with Independent Paul Crosland on one per cent.

Coastal Action Director and founder, James Prentice, a PhD researcher at the University of Sussex said this weekend: “Our poll was taken a week before election day and showed a comfortable Conservative win. We were within the three per cent margin of error for the winning Conservative vote while slightly under estimating the actual Labour support.

“However, we also captured a high undecided vote locally, which gravitated to both parties over the final days, but with Labour taking more, taking it into the low 40 per cent range.

“As we expected, the Liberal Democrat vote was squeezed in our two-way marginal while still improving on their 2017 tally.

“We are very proud that once again, our small organisation, has produced such an accurate poll by careful sampling across this diverse constituency.”

Co-director Chris Connelley added: “This election proves our methodology stands up to the heavy scrutiny we have experienced since releasing our summer poll. We look forward to undertaking polls in future contests and further developing our research profile locally”.

Our podcasts are now available on Apple Podcasts… 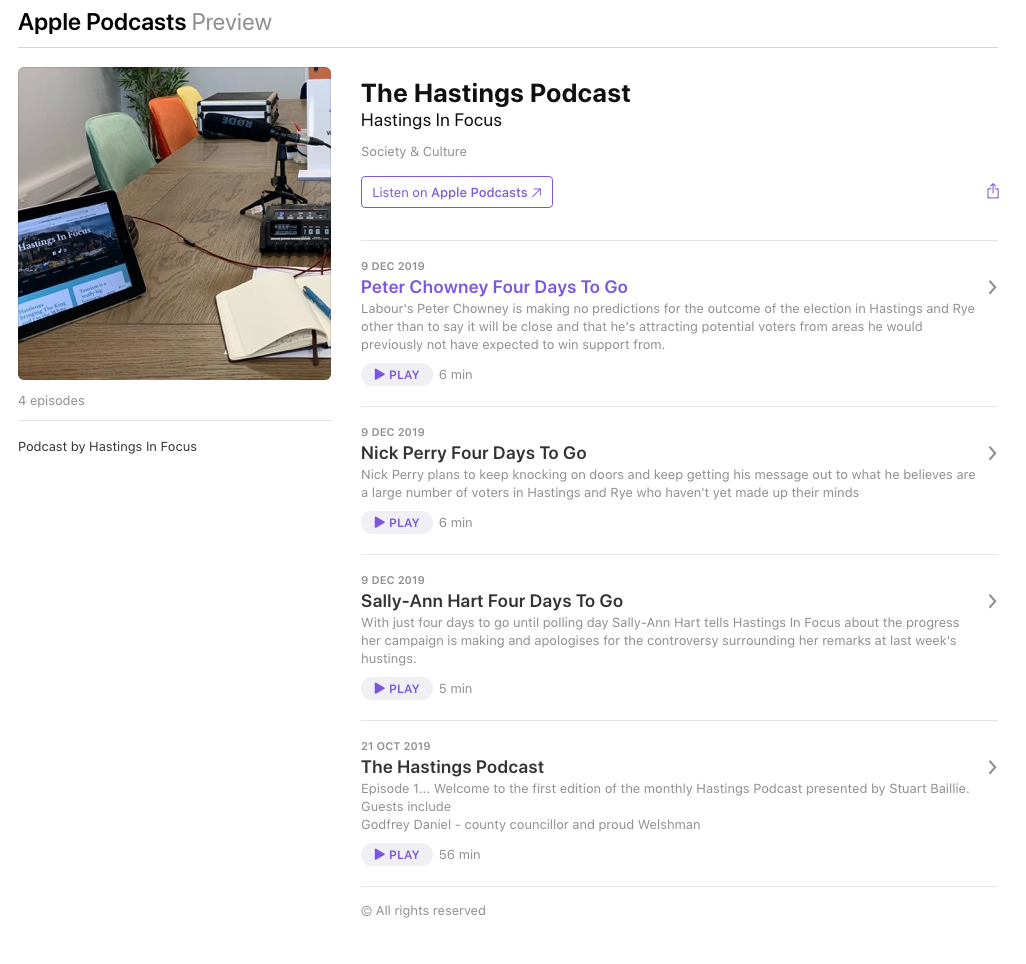 The main footpath into Ecclesbourne Glen, a popular part of Hastings Country Park, is to be re-opened after years of closure. The path was initially closed in 2013 after a serious landslip destroyed footpaths and left it unsafe for use. Specialist geotechnical engineers have now advised that the area is stable, meaning it is safe […]

Saturday was a big day for Chris Beveridge, the brains behind The Hastings Card. He launched the latest version of the card, welcomed a new business to the family and had the chance to explain the concept behind the card to Hastings Mayor James Bacon Joining The Hastings Card family was Red Basil a new […]