Wet and windy weather was the order of the day as St Leonard Social 2nd team arrived to take on South Coast Athletico.

Looking for a first win in three league games the Chopbacks found themselves behind early on after poor communication at the back allowed Social to take advantage and get themselves in front.

From the fifth minute onwards the Chopbacks were in the ascendancy, however, and drew numerous reactive saves from Social’s goalkeeper. On a different day South Coast could easily have been three or four ahead. 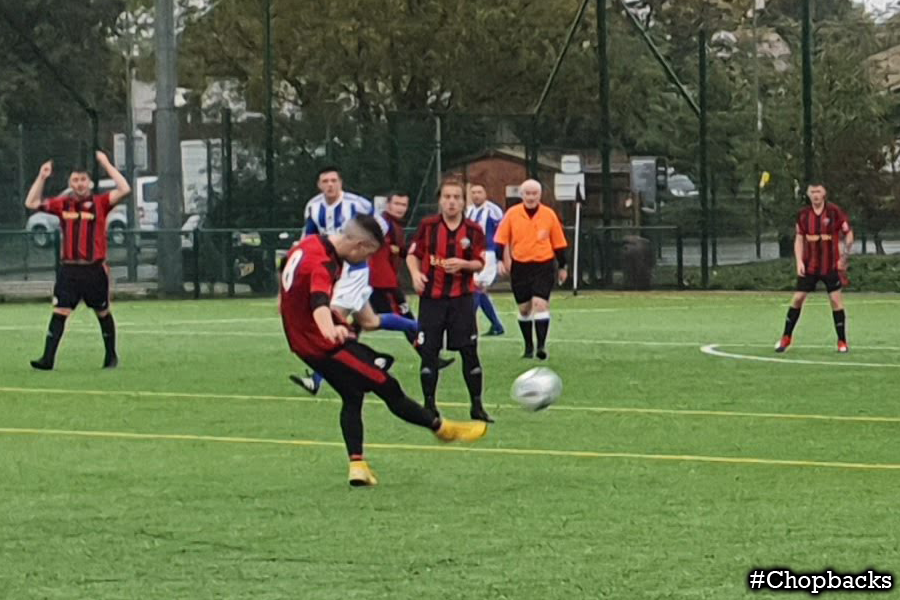 One thing the Chopbacks didn’t fail on was their tackling – as in every game South Coast players were throwing everything into the tackle.

Full backs Charley Adams and Connor Smith were aggressively shutting down any potential movement down the wings and Social struggled to make much progress through the middle. 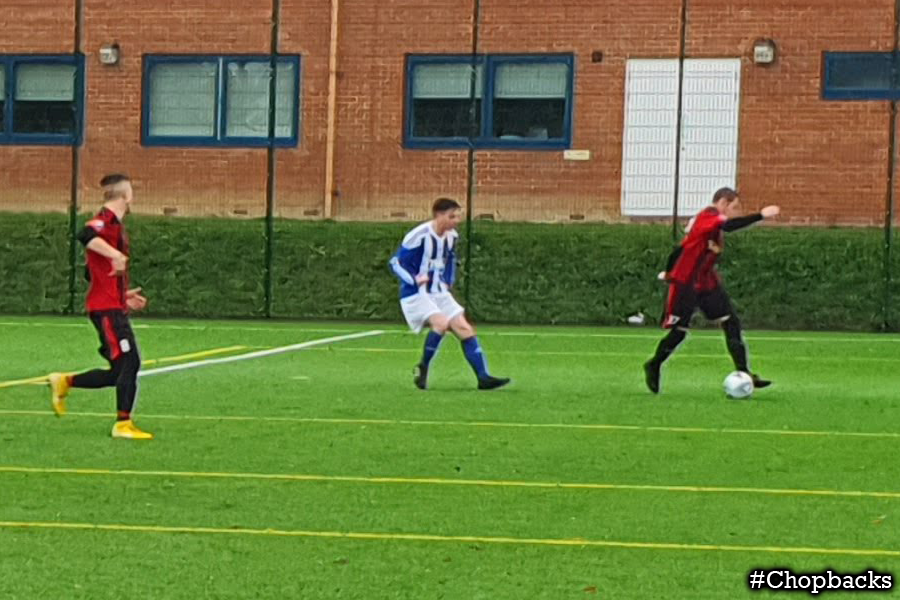 The Chopbacks were welcoming the return of Byron Nichol who brought a level of calmness both on and off the ball. It wasn’t until the 42nd minute that South Coast got rewards for their efforts as Dayle McGurk tumbled in the box winning the penalty.

Connor Easton stepped up, sending the keeper the wrong way as he levelled the score. 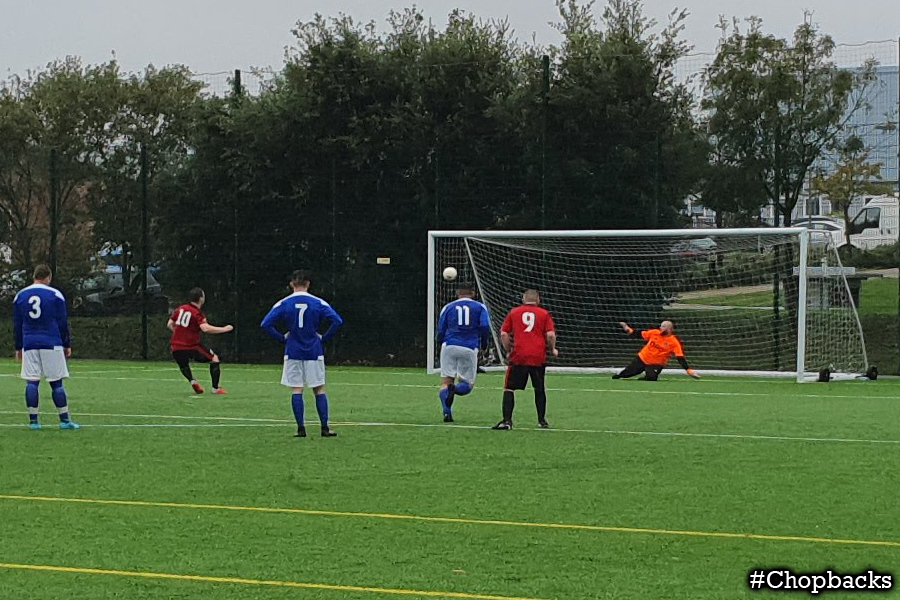 Just before the half time whistle the game took a sour turn as a Social player was seen spitting at Chopback midfielder Syd Moffat-Bailey bringing outrage from the South Coast bench.

The second half began with South Coast immediately taking the lead through a strike by Nichol showing what he brings to the team on match day.

The Chopbacks pushed forward to try and finish the game off, carving out chances but unable to finish anything off. 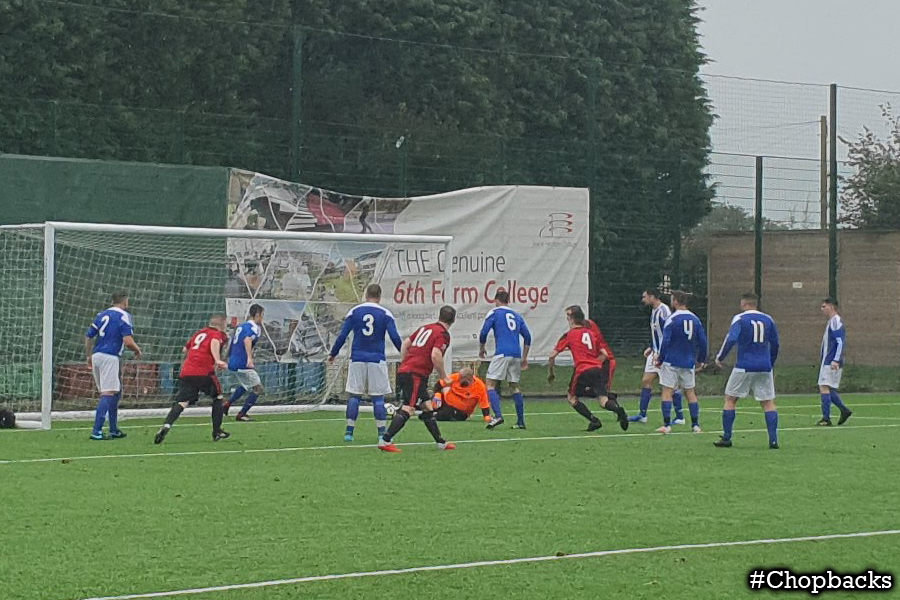 Lewis Crowther came off the bench for his debut just before Social grabbed themselves an equaliser.

With the clock ticking down the Chopbacks pressed onwards forcing corner after corner only to be denied by the St Leonard Social keeper time and again. 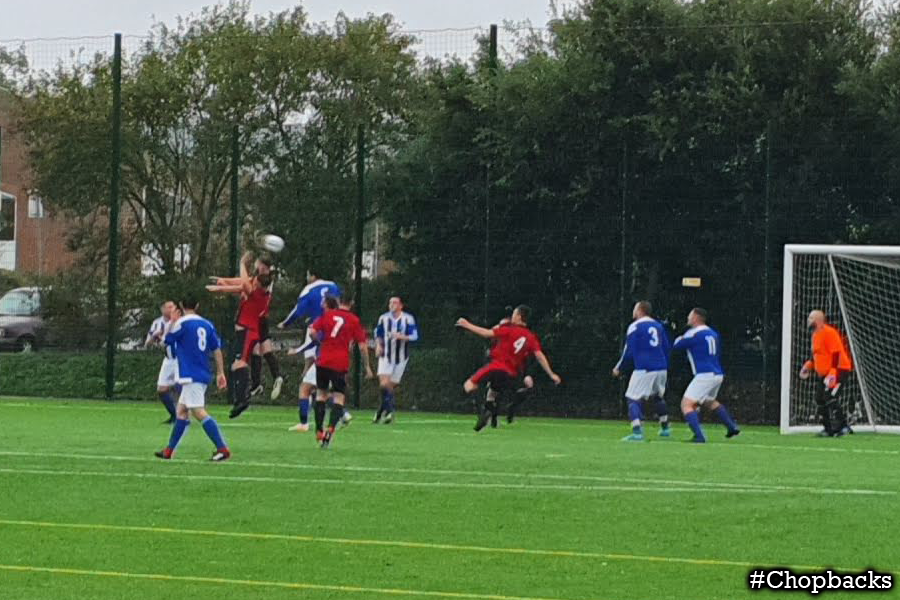 With only minutes left on the clock Dan Aldous finally broke through and South Coast took the lead for the final time. Social simply didn’t have enough time left to grab a third. 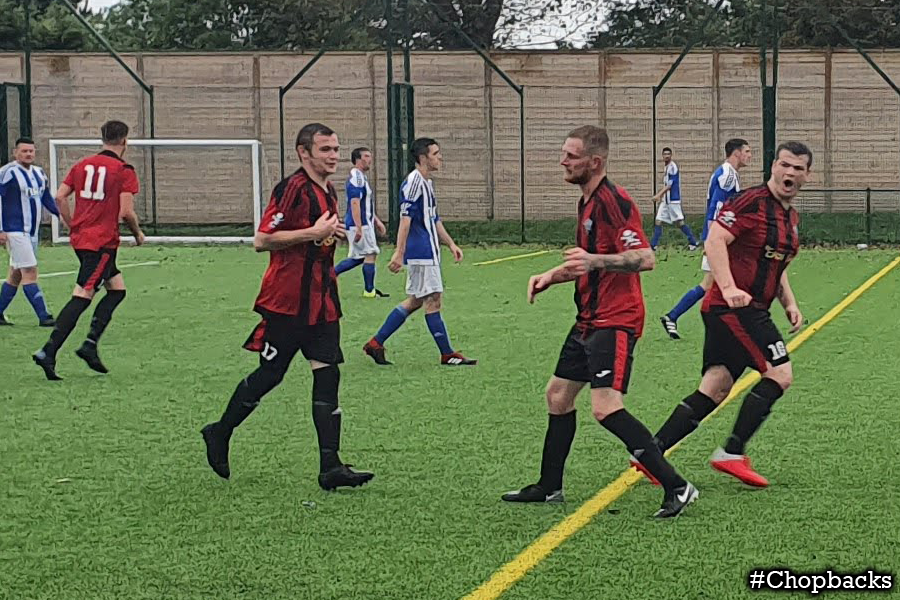 Seconds before the final whistle, Lewis Crowther was given his marching orders by the ref to cap a debut to forget for the new signing.

Coast travel to Bexhill Rovers in the league next Saturday and they’ll look to match the cup result from last time the two teams faced each other. 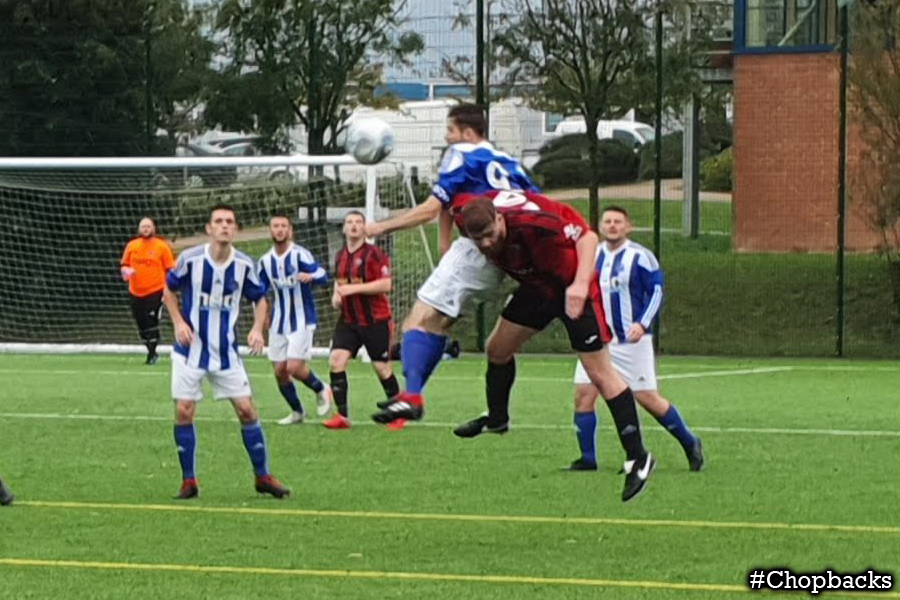 Man of the Match was  Syd Moffat-Bailey.